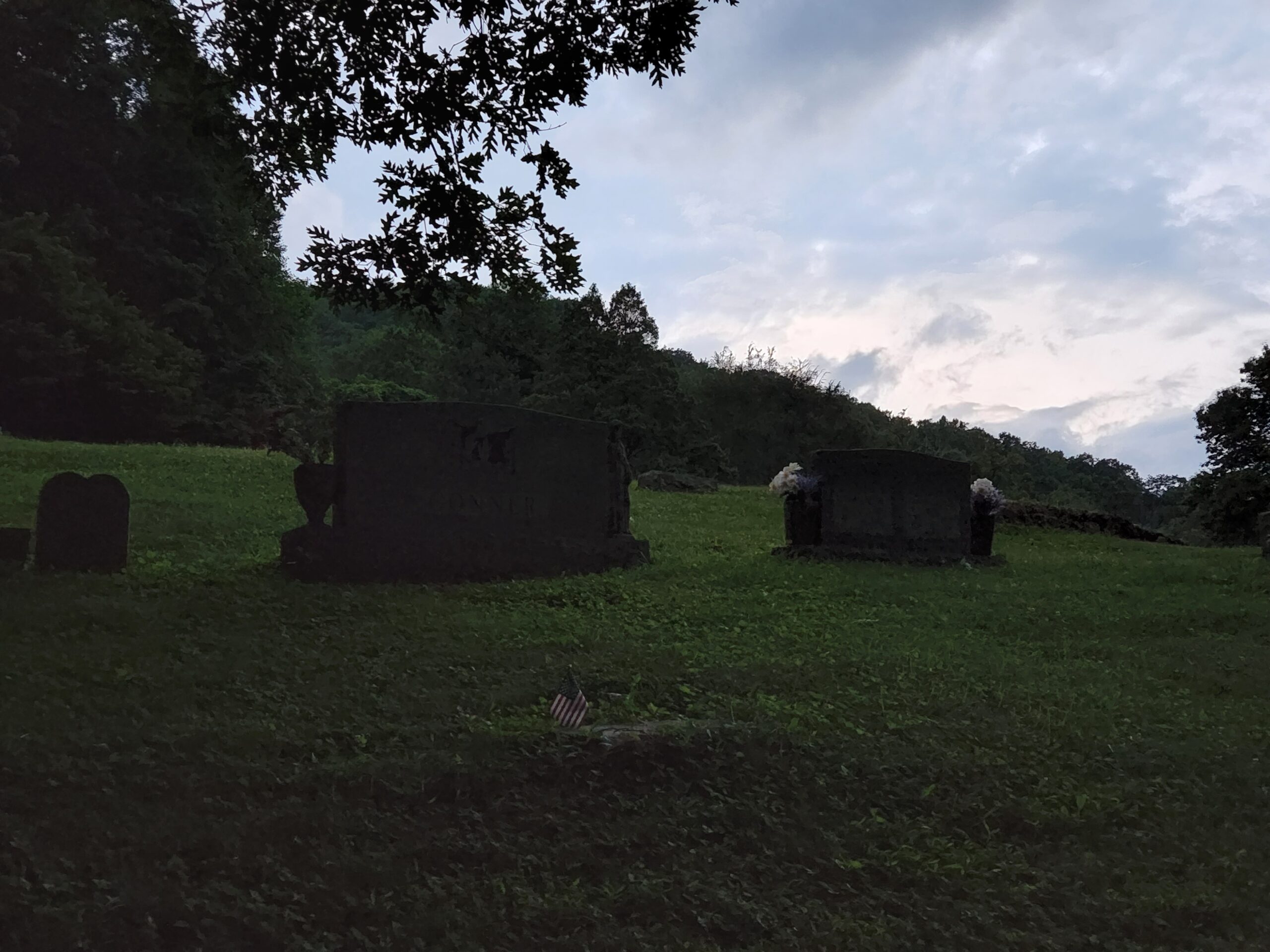 So You Want To Hex a Public Figure

There’s apparently quite a controversy brewing over on Tik Tok about hexing public figures, such as Supreme Court Justices. Having cast a few successful hexes, I’m here to offer some guidance on how to do it effectively.

First off: I’m not Wiccan, and do not subscribe to any “rule of three.” Some of the controversy is over the ethics of hexing itself, which it always is. If you’re new here, I am solidly on the side of hexing being part of the craft. Historically, it was as much or more of the traditional witch’s repertoire as healing. Witchcraft is and has been the refuge of the oppressed. It’s where the powerless go for justice when there’s nowhere else to go.

A nasty hex on someone who, with the stroke of a pen, is condemning people to suffering and death while saying, “hey, bring me cases so I can also undo marriages and make gay sex and birth control illegal!” is pretty damn justified.

It can also be VERY effective. Here in North Carolina we had a Governor named Pat McCrory. He was a rising star in Republican politics. You may remember we had a “bathroom bill,” HB2, back in about 2015. Gov. McCrory signed it and made it his cause celeb. Some of us hexed him for it. Before that, he had Presidential aspirations. Now he can’t even place in a Senate primary.

And of course there are my parents. I hexed them a year ago. I cursed them with blood – specifically, I said, “blood times blood, scar times scars.” The pain they’ve caused to come back on them multiplied. Since then, my dad has had a fissure in his rectum that bled until he nearly died. Multiple hospital stays. After several months it was cryogenically frozen, a procedure which will have to be repeated. Recently, he fell in the living room, breaking 2 ribs and requiring 10 stitches on his hip. The next day my mother fell and broke her nose.

Hexing works. So let’s talk about how to do it effectively.

You Want To Target With Laser Precision

I learned this lesson early on. A friend, who works in a prison, had a review on the job. They were new in the position and had only gotten so far with what would be reviewed. I cast a spell that the review would go well, that only the things they’d gotten to would be covered.

All was going well on the day of the review. At the EXACT MOMENT when the auditors were about to turn the page from the things my friend had worked on to the things they’d not yet tackled, an alarm sounded. The audit ended. Yay, my spell worked, right?

The alarm had sounded because an inmate had hung himself. My friend was devastated. As was I. Because… well shit.

Apparently, a lot of Witchtokkers are hexing the entire Supreme Court all at once. First off, there are 3 judges who are fighting very hard against all the bad decisions that have come down. We don’t want to include them in anything negative. Second, such generalities not only have potential for unintended consequences, they are watered down. They weaken the spell by spreading it out too far.

It’s like trying to start a fire with a magnifying glass. Holding it too far away makes the beam too wide and it never gets hot enough to do anything.

The best thing to do is a working for each specific justice you want to hex. I’d personally start with Clarence Thomas because he is in some jeopardy with his wife’s involvement in the January 6 events. I’d then go to Kavanaugh, Gorsuch and Barrett – not only are they newer, but they have also been mentioned for impeachment for lying in their confirmation hearings. It’s always easier to add to someone’s troubles than to begin chipping away at someone with everything going their way. Do the easiest work first.

This doesn’t mean you have to spread them out and do one per moon cycle, although I generally do. Maybe divide them into groups of 3 and do the 6 in the radical voting block over 2 moon cycles.

Hexing is generally best done during a waning moon or on the dark moon – the night or hours before the new moon. Tuesday, being the day associated with Mars, and Saturday, the day of Saturn, are great days for this work. The best moon sign for hexing in my experience is Scorpio – this time of year, however, the moon transits Scorpio while it is waxing. And the right sign/phase/day almost never aligns when you need it. So what to do?

Working with astrological signs and times is about harnessing existing energy to grease the wheels of what you’re trying to do – it’s not meant to be hard and fast rules. What you need is to understand WHY those signs and those times are considered the “best” – and see if there is something in the time you have available that you can work with.

The waning moon is considered good for hexing because it is diminishing – so your target, too will diminish in power. If, however, you need to hex during a waxing moon, simply change your framing and intend for the effects of your curse to grow with the moon. Whatever sign the moon is in can be related to your goals in some way – instead of waiting for perfect timing use the energy available when you’re ready.

Or, don’t use those energies at all. There are no hard and fast rules.

I’ve done versions of this spell on various people, and something always comes of it. Part of what makes it effective is listing what the target has done to deserve justice in the incantation. You can dress it up or dress it down as you wish.

I am an Appalachian Folk Witch. Most of my traditions come from Ireland and Scotland, and in those cultures there was no “rule of three.” HOWEVER. If a bard levied a satire (a specific kind of curse that could disfigure a King and render him unfit to rule) and the target was innocent, the satire would rebound to the bard. So you don’t want to go hexing innocent people willy nilly just for shits and giggles. There does need to be a solid reason.

What you say over your spell is most effective if it’s words you come up with yourself, unless it’s something well known and used for centuries. Just a spell from a book, or something I write for you, isn’t going to have the same power. It doesn’t need to be eloquent, it does need to have the force of your emotions. All you need to do is, write out a little verse and include in it who you’re cursing, what they’ve done, and what should happen to them.

I print out a picture of the target, just a small one. I add some herbs that I gather growing on my property – for this time I’m thinking dill (for justice, setting hexes, black magic and dealing with problems) mugwort (for banishing, power, revenge and witchcraft) and a blackberry vine (for darkness and death). Whatever plants you use, and whether you use them fresh or dried, it is good to speak to them as you add them. Tell them to “remember who you are” and speak the specific uses you want them to add to your spell. I make a bundle, wrapping it all with the blackberry vine and speaking my charm over it at least 9 times.

The more layers you add to your magic, the more effective it will be. Are these layers necessary? No. If you’re absolutely fired up and full of emotion, sometimes that’s all you need. However, we’re aiming at a big target. People pray for the safety of these people, too. Might as well put all we can into this.

So, you can do this once, or you can repeat it over several nights to add power and intensity. You can add crystals and invoke deities. Or not. You can burn the bundle when you’re through. Or, you can continue with the following:

Get a small cardboard box – the smaller the better, you’ll see why. If possible, line it with small mirrors from a craft store. The mirrors are optional but do keep everything locked inside. Tin foil could work, shiny side facing into the box. Place your bundle of picture and herbs inside along with a spoonful of raw chicken hearts (available for a couple dollars in the poultry section at the grocery store). Continue chanting your charm.

Take your box and bury it – not on your property, but at either a crossroads or in a cemetery. If you choose a cemetery, you must get permission from the spirits buried there. Go in advance to discuss this, and be sure and bring an offering when you come to bury your curse. Do not bury a curse without feeling you’ve been given permission.

As the meat rots, so will the life of your target.

This, my friends, is how you lay a hex on a public figure. I’ve never done it to anyone bigger than a local politician, but it sure seems like a good time to move up. Especially since I’m sure I won’t be the only one.