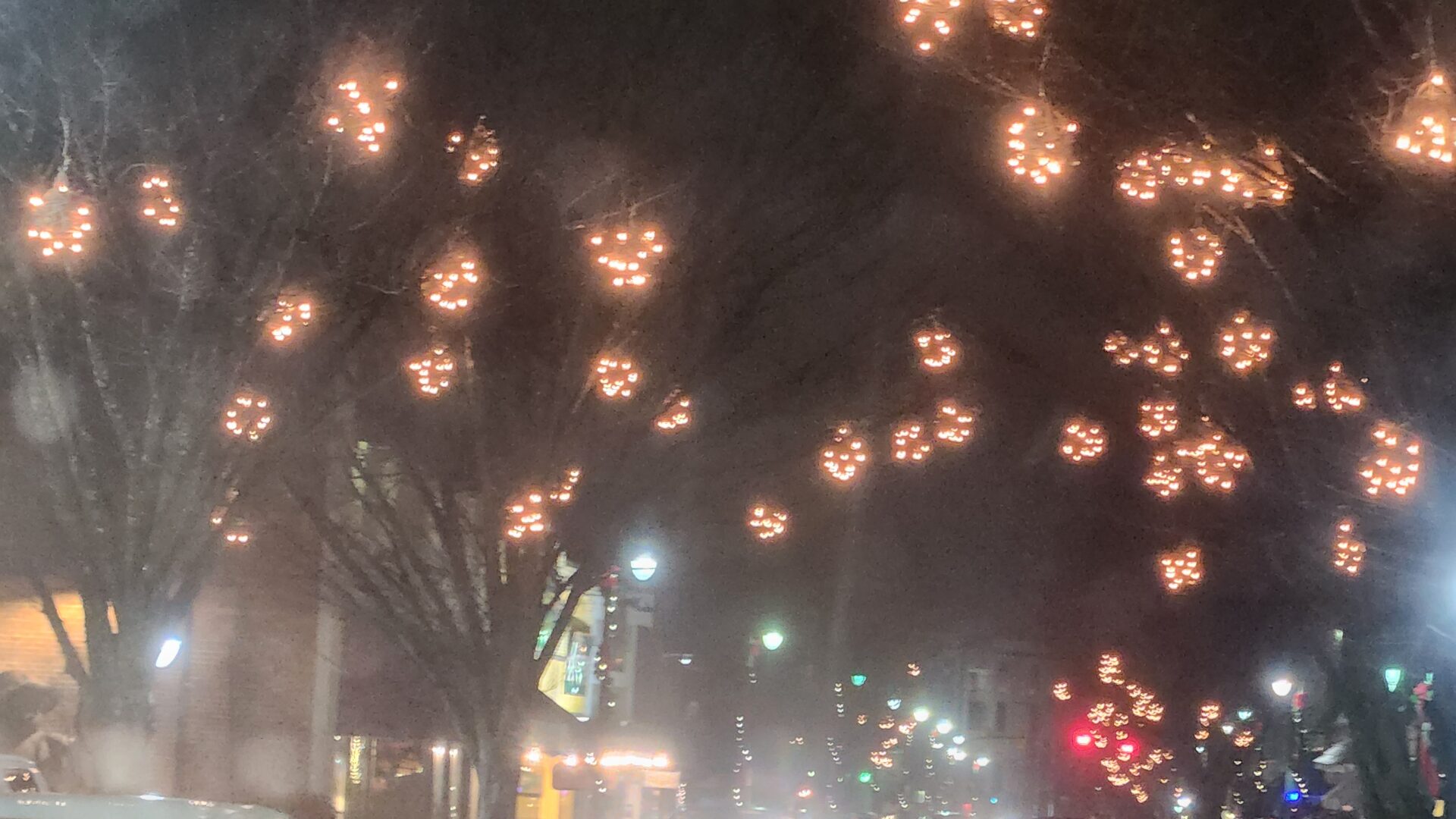 The Year of Aun: Discovering My First 9-Year Cycle Complete

Before the Christianization of Scandinavia, there was a major offering every 9 years at holy places such as Uppsala. If you’re familiar with the show Vikings, this event is depicted in the first season, when Ragnar takes Athelstan with his family to the sacrifice with the intention of offering him as one of the 9 humans given to Odin.

It wasn’t just a human sacrifice. There were 9 of many different animals given at this time to the various gods during this most holy event.

I’ve recently discovered the work of Dr. Rune Hjarnø Rasmussen, PHD of History of Religion and author of the Nordic Animist Year. Dr. Rasmussen believes that since the ancient Scandinavians used a Luni-solar calendar, AND since the Yule holiday (when this sacrifice took place) was not ON the solstice but on the first full moon in the moon cycle after the winter solstice (so there has to be a new moon first, not just the next full moon if it were to fall say the same week as the solstice – basically Yule was celebrated on what for us is the first full moon in January) – that the big sacrifice would have taken place in the years when a new moon occurred right around the winter solstice.

Technically, with our precision timing the moments of solstice and new moon occur about 36 hours apart this year. But if you were an iron age person solstice wasn’t a precice moment, but a 3-day event when the sun “stood still” on the northernmost point of the horizon. And even with our precision, all of the days around it are only a few seconds different as far as daylight goes. The night of the 21st (which is the day the moment of solstice occurs) is the shortest night of the year by 2 seconds in my area, and on the night of the 22nd the moon is new.

So yeah. That counts.

So, Dr. Rasmussen along with many other scholars who are interested in Heathen traditions have decided to make 2023 the year we begin reclaiming this ancient cycle of celebration. They’re calling it the Year of Aun after the story that was used back in the day to explain the festivals. Here is his introduction:

You really should check out his entire playlist for this topic, it is just amazing and resonated with me very deeply.

So Who Was Aun?

The nutshell version is that Aun was a “mythical” king of Sweeden sometime around the 5th century according to the Heimskringla retold by Snorri Sturluson. He was a devout man who gave many offerings to the gods, but was not a warrior. Several times over his life he was defeated by enemies and lived in exile for extended periods. During one of these periods, he offered one of his sons to Odin in exchange for longer life and his request was granted. This led to Aun clinging stubbornly to life by offering another son every 9th year, until he was so decrepit that he was bedridden, unable to move or even eat, existing on milk he drank from a horn like an infant. Still, he wanted to sacrifice his last remaining son to Odin to prolong his life yet further, but the people would not allow it. Finally, Aun died of old age and his final remaining son took his place.

It seems that this story was given in various parts of Scandinavia to explain the Octennial sacrifices in each country. (It’s complex, but the sacrifices were actually every 8 years because they didn’t have the number 0 yet). As Dr. Rasmussen points out in his series on this topic, this flies in the face of everything we know about sacral kingship, both in the Germanic and Celtic worlds. Aun seems to have been a cautionary tale, of exactly what NOT to do.

He’s also exactly what we as a society have done. If you look at the state of our climate, of economic inequality, of injustice the world over – we have done to our descendants what Aun did to his. And so, the idea is that by reclaiming this Octennial celebration and making a big deal of it all over the world, Pagans and Heathens of all stripes can work magic and ritual to try and undo some of this damage.

One of the things Dr. Rasmussen mentions in his videos is that the sacrifices at the periodic gatherings were both in thanks for the cycle just completed and as propitiation for peace and prosperity in the cycle to come. It didn’t hit me until about the 3rd video in his series when I really got a look at the dates on a chart he put up – but I am completing my first Aun cycle as a pagan this solstice.

It was the winter solstice of 2014 that I did my first ever pagan ritual. Being new I just knew it as “Yule,” and it was more in line with the way the holiday may have been marked in ancient Ireland at places like Newgrange. I built a small fire in my backyard at sunset, wrote down things I wanted to leave behind in the old year and burned them, stayed up all night watching for the return of the sun. And though it rained during the night, it cleared up just enough for me to go back out and restart my fire and call the sun back over the horizon at sunrise. I had never, ever, felt anything so profound as I did that morning seeing the first rays of light over my little backyard fire.

What strikes me now is that a good friend (whom I’ve not discussed this with just yet) had really impressed on me that it was a very auspicious time to be getting started because there was a new moon at the same time that year. Which is how I realized this solstice marks my first complete cycle.

And holy shit y’all – EVERYTHING has changed for me over the last few months. It’s been a whirlwind – In September, when last I wrote here, I was still primarily devoted to The Morrigan, but Loki had shown up. Well. Let me tell ya. After Loki arranged for me to avoid attending a funeral that would have been very detrimental to my mental health, The Morrigan came to my morning devotions with an announcement: She was leaving. At first I was devastated. She didn’t seem angry with me, and it seemed like She might be back eventually, but it felt like She’d gotten me as far as She cared to for the time being.

So I clung to Loki, to my Ancestors and the spirits of this place. Learning about the Norse gods through a lense of knowing Loki first definitely impacted my interpretations – I just didn’t trust most of them after the whole turn-one-kid-into-a-wolf-to-eat-the-other-and-bind-dad-in-his-entrails thing, so I specifically asked Loki who I could trust.

He pointed me to Freyja and Freyr. And They have been AMAZING. Freyr answered my prayers for my goats, who came to me pregnant – one who was due at only 10 months old, the other (her mother) having her 2nd kid in 10 months – and both delivered healthy adorable baby does. I named one Freyja because we woke up on a Friday morning to discover she’d arrived overnight with no human assistance.

Freyja is the Goddess of badassery and magic and not taking shit, while at the same time actually having a maternal instinct and being caring – not just in a kick-you-in-the-ass-when-you-need-it way, but in a way that seems genuinely loving, which is kinda weird but really cool. (That is NOT a slight against The Morrigan, who did deep and profound things for me and was a Mother in a way I had never experienced, since I’d never had anything but an abusive psychopath for a parent – it’s just really different. I don’t think I could have accepted the warmth of Freyja before my time with The Morrigan to be honest.)

And it isn’t just me. I mentioned this to one of my closet friends, who also practices a mix of Irish and Heathen paganism, and they also were VERY moved by Dr. Rasmussen’s ideas. They ALSO noticed the exact same cycle in their own life, beginning in 2014 and having a MASSIVE life shift over the last month or so.

There is something to this. He is onto something and I want to jump in and make the most of it. I hope to write more about plans for ritual on the full moon in January as they come about. Until then, Hail the Vanir and have a blessed solstice!