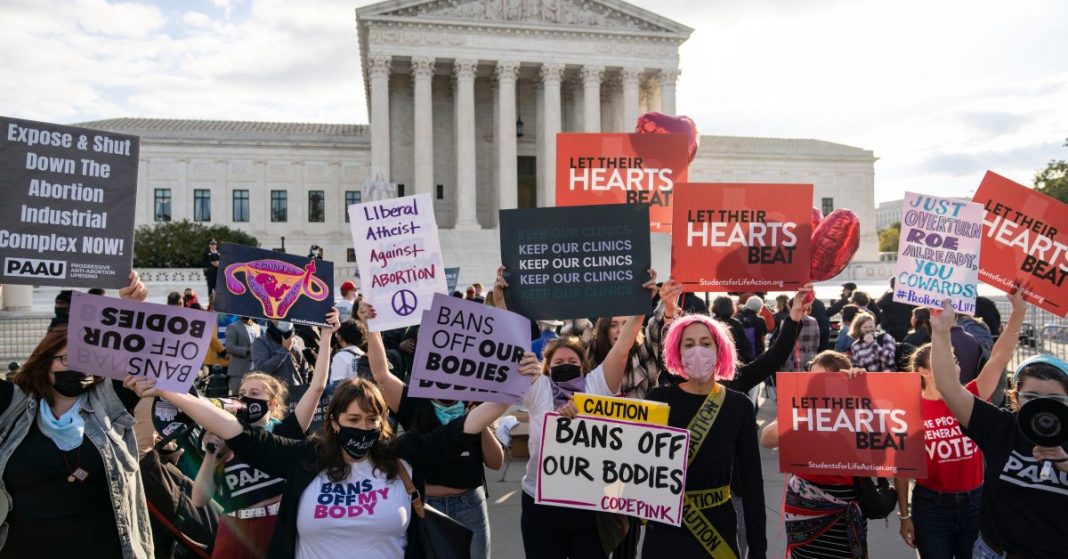 This Was Always Gonna Happen

So SCOTUS is gonna overturn Roe v Wade, and a lot of folks out there are shocked.

If I had $1 for everyone on Twitter who’s take was “bUt ThEy’Ll LoSe ThE FuNdRaIsInG IsSuE!” I could cancel student loans.

This is clearly difficult for some left-of-center folks to understand, but the right wing doesn’t actually pick issues just to endlessly populate email headlines begging for donations about.

They mean this shit.

How This Is About Trauma

First off, all the glib “just choose adoption” mess from both Alito in the leaked opinion and anti-abortionists in general triggers the hell out of my adoption trauma. But – and this is also relevant- I spent 20 years in a fundamentalist Christian church. I was involved before that in Republican politics. I’ve been more than once to the annual “March For Life” anti-abortion protest in Washington DC.

I’ve got trauma from that, too. But I also know what these people are thinking and what they really want.

And THEY WANT IT ALL.

Side note: if you’re interested in how I went from being completely against abortion to 100% in favor of free and open access, check out these articles:

But back to the matter at hand. As anyone who has spent time in evangelical churches will tell you, they’ve been working toward this for a very long time. Since Nixon.

There are now several generations of people who were conceived (or adopted), raised and educated specifically to take jobs in all levels of government. This Twitter thread says it better than I can:

Generations. They were doing it already when I was a kid, and I am old enough (though I hate to admit it) to be a grandmother.

This has been in the works since Bob Jones University lost their tax exempt status for refusing to integrate, and leaders like Jerry Fallwell discovered segregation wasn’t palatable as an issue anymore. Before that, even the Southern Baptist Convention was pro choice.

So all the people who are banging on about how RBG should’ve retired under Obama really need to take a seat. Even if she had, and even IF Mitch had played fair and allowed him to replace her, the Republicans were going to win cycles eventually. This was always going to happen, it was just a matter of when.

This is the truly horrifying part. Republicans have shown over the last several months just how cruel they can be to transgender children. While claiming the ruling will apply specifically only to abortion, Alito’s leaked opinion not only says there is no constitutional right to privacy to base such a right on, it also mentions some of the other supposedly “settled laws” that are based on it: marriage equality, birth control and “sodomy” laws.

As all the Exvangelicals have been saying for a long time now, they’re coming after all of it. They don’t care if they can’t use it to raise money on later, there’s always something to be outraged about.

What they want is each and every one of us living by their rules. Bowing to their god.

I’ve lived that way and I have the trauma to prove it. We cannot let it happen.

Hopefully, the leak is enough to galvanize voters and opposition so that rights are codified into law quickly, and we stop relying on the courts to do what legislators are too timid to do.

Meanwhile, those of us who are magically inclined need to also be working our workings. Sigils at polling places that draw liberal minded voters and repel authoritarian ones. Put the names of authoritarian officials in freezer spells or mirror boxes and bury them. Protection magic for all the trans and nonbinary folks in your community. And for everyone with a functioning uterus that might get unexpectedly pregnant.

We’re all exhausted. They’re counting on that. Let’s make their long game a complete and utter failure.