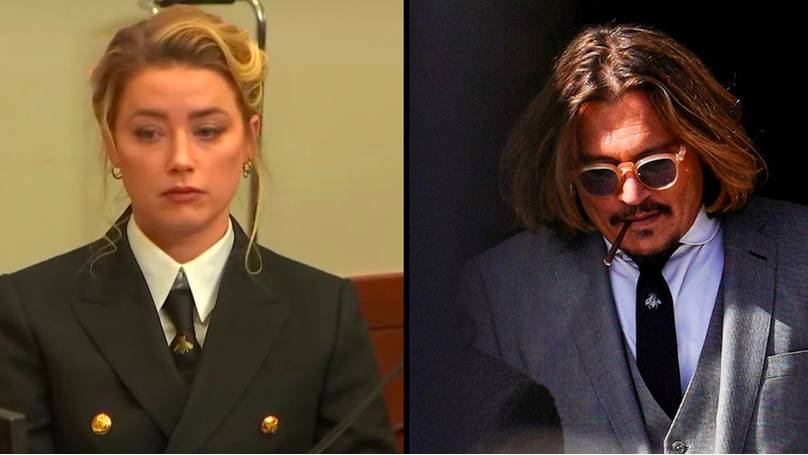 Johnny Depp And Amber Heard Finally Made Me Cry

I’ve been trying not to pay too close attention, because I grew up with domestic violence.

Maybe obvs but CW for domestic violence ahead.

And right now I really don’t care about the politics of it, or whether she has set female victims back. I care that he clearly was abused – I recognized it when the tapes were released, I saw it in the video of the time he flinched when her hand moved too fast near his face and the visible relax when it was a false alarm. I’ll care later I promise.

It’s not even from the trial itself, it’s something someone said on the bird app about “she only hit him once” and how it’s NEVER only once, and someone else responded about their mom being in an abusive relationship for 4 years and now I’m shaking and crying.

Can I tell y’all about my history here? I feel like getting it out. Sorry if this is disjointed, I was working in the garden and came in for a breather and this happened.

So my dad is 6’5″ tall and huge. Maybe I will dig up some old pics and blur out his face. Narcissist is kinda a buzzword nowadays but it fits him. He’s completely self absorbed, thinks he’s perfect, all that. Me and his sister have debated if he’s a sociopath or BPD or what, but we aren’t psychologists. The only pro ever to encounter him, my therapist, was completely gobsmacked by his lack of empathy and bullying of me in front of her.

He’s an alcoholic. He drank nearly every single day of my life growing up. Less when i was smaller, but by junior high it was consistent. That was also when we had moved away from extended family and I had no one to go to for help that wasn’t minimum 5 hours away.

Physical violence was not daily. About 2-3 time a year, however, he would come home stupid drunk and my mom would fuss at him and he would explode. I would hide, and hear my mom scream. The next morning our giant 70’s console TV would be turned over, lamps and glasses broken, stuff strewn everywhere. It seemed like he took most of it out on the furniture, but I was never sure.

My most vivid memory was late elementary school. We had one vehicle and no phone. It was snowing. He left early in the day to get milk for breakfast. Late that evening he came back without it. We had no way of getting anything to eat all day. Before even hello, my mother yells, “and WHERE IS MY MILK????”

Even as a like 9 year old I knew what was about to happen.

He grabbed her by the ankle and jerked her off the couch onto her butt, and dragged her across the floor. Then picked her up by the shoulders and slammed her into the door and said something something “get it yourself.”

I headed for my closet and sat on the floor. But after a while I had to pee and couldn’t hold it. I tried to sneak out to the bathroom, and barely missed being hit in the head with an alarm clock he had thrown from the living room. I felt the wind as it passed, and it hit the wall beside me and shattered.

We lived in an apartment, and I know the neighbors heard all this because we all heard everything. Nobody helped.

After what seems like several hours, but I really don’t know, he left. My mom and I tried to walk to my grandparents house across town, but it was snowing too bad. We didn’t make it off our street before we turned around.

Every single time this happened, I wished she would leave him. I was terrified of him. Sometimes she’d talk about it. But every time, he would apologize and swear it wouldn’t happen again. She would sit there and literally help him come up with an excuse for the behavior.

At that age, she was using me to manipulate him, to try and get him to behave. She’d have me go to the neighbors to call all the bars and beg him to come home. Once we moved away from here, and I wasn’t able to do do that I guess, she switched to blaming me.

As a late teenager, I came home one night to find him drunk, holding her up while she was limp and hysterical. I separated them and got her sat down. I looked at him and said, “why do you do this?” She instantly dried up the tears and said through clenched teeth to me, “because you act the way you do!”

Took me forever, but I finally figured something out about their relationship. She worships him. And after these blowups, he really is sorry for a minute. For just a little while he treats her like a queen. So she not only puts up with it, she eggs him on. They are both sick individuals.

Well. I do feel better for getting that out but now I’m exhausted and only half done with what I need to do today. If you’re still here, thanks for listening.

As always, feel free to vent as well in the comments.