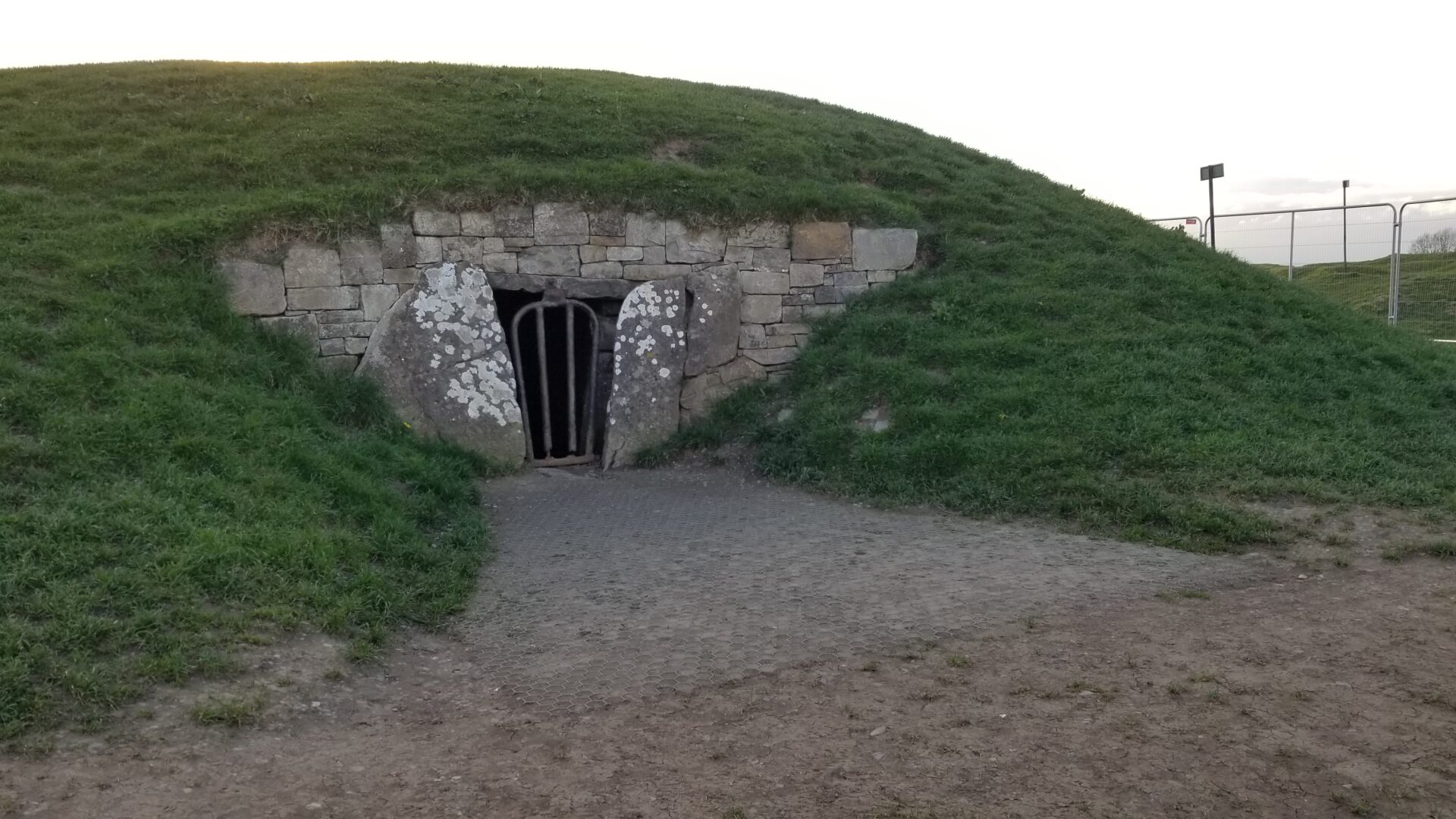 Practical Polytheism: a Week’s Worth of Gods and Spirits

One of the things I found most confusing as I was first developing my pagan practice was how to incorporate multiple deities and spirits without offending any particular one. Especially since I was coming out of Fundamentalist Christianity, where the deity is notoriously jealous and demanding. I don’t seem to be alone in this as I’ve seen others ask similar questions in various Facebook groups I’m in.

For me, dedicating one day a week to focus especially on a particular deity or group of spirits was the best way to solve this. Which brings up another question I see posed fairly often – how do I pick a day to focus on X deity?

For the most part, the best answer to “what day do I dedicate to X?” is, “whatever day you will be consistent with.” Even if certain deities or spirits do have a natural affinity for a particular day, they’re not generally going to be mad at you for honoring them on a different day. The most important thing is consistently honoring them according to whatever schedule you promise them.

That being said, there is something to be said for flowing with the natural currents of energy – the “music of the spheres” if you will. Every day of the week has a certain energy associated with it, and if you can match the day’s energy to the being you’re honoring it’s just a bit more powerful.

Currently I have 3 altars set up in my house. One is dedicated to The Mórrígan, one to my ancestors, and the third is sort of a “catch all” for spirits of place and other deities. I often rotate where I sit as I meditate depending on what day it is and who’s “turn” it is to be honored.

No matter what time I wake up the first thing I do is make coffee, so my devotions are tied to this “trigger” act. Even if I don’t have time or mental bandwidth for a full meditation or offering, I will light a candle and recite a list of beings that I wish to honor that day.

EVERY day, bare minimum, I recite the following:

“Honor and blessing to the spirits of this place. To the Good Neighbors (may we always be on good terms), to my ancestors,” (here I recite a list of family names which can be lengthened or shortened depending on the circumstances, then “and to all the names that flowed into those, the mothers that stood with me at Rathcroghan*, I honor you. Mórrígan, Great Queen, I honor you. My mother** my Goddess, my Queen, I honor you.”

After this, I focus on and communicate with the spirits I’ve chosen for that particular day. This can be as simple as thinking about them quietly as I drink my coffee or as complex as a full guided meditation. Often it’s somewhere in the middle. Then I move on to each day’s focus as follows:

Sunday is of course the “Sun’s day,” so it’s a great day for any deity or spirit with solar attributes. I focus on The Dagda on Sundays. I have a souvenir coffee mug I bought in Ireland that has an image of a harp, which I think of as HIS harp. I’m still easing into a relationship with The Dagda as his “great father” epithet is still uncomfortable for me. I tend to think of him more like a grandfather than a father. Offerings will usually include fruit – especially oranges, which have a lot of significance to me in regards to my own grandfather who lived in Florida when I was young. I’ve been known to offer him oatmeal, milk or butter as well. Brigid could also be a good fit for Sundays.

Monday is the “Moon’s day.” I absolutely love the moon and could easily devote this day just to the moon itself. But the moon is also deeply connected with the oceans and the tides, so I give a shoutout to Manannan Mac Lir on Monday’s. I have some ocean water I brought back from the beach that I will pour out for him, or I will burn certain incense or give him flowers. Often I will take a special bath using a soap made from goat’s milk and sea salt. Manannan shows up for me as a guide during guided journey meditations – he drives my boat across the sea. Since the moon is also symbolic of the subconscious any deity or guide who helps you with shadow work would be a great fit for Monday.

Tuesday is ruled by the planets Mars and Pluto – and that energy fits The Mórrígan to a T. Mars of course is the martial aspect, but Pluto is also an astrological change agent. So Tuesday’s are my Mórrígan day. She gets a tealight candle most days anyway, but on Tuesday I also try to take a guided journey to the cave at Oweynagat as recorded by Lora O’Brien. As a special offering I prick a finger and let a few drops of blood fall on my statue of her on her altar. Alternately (or in addition) she’ll often get fruit, bread, butter, cream or flowers (especially poison plants like datura or belladonna). Finally, she’s also fond of fresh rainwater and water I collect from rivers or streams. As my principle deity she gets the best stuff!

Wednesday literally means “Woden’s day,” so this day is a natural for honoring Odin. Astrologically, Wednesday is ruled by Mercury and so I use this day to honor Lugh***. Lugh was one of the first deities I connected with – the very first year I celebrated Yule instead of Christmas I named my live tree “Lugh.” Even though I knew nothing about him, the name just came to me. Likewise my rose garden out front is dedicated in part to Lugh. But it’s only recently that I’ve given him a day of his own and regular attention. I’ve not settled on special offerings for him yet – for now he gets fruit or bread or cream/ butter.

“Thor’s day” is also ruled by the planet Jupiter. Deities that are associated with Jupiter energy include The Dagda, Isis, Zeus, Hera and others. But Thursday is also the traditional day in Scandinavia for “graveyard wandering” or necromancy. Thursday night is the night practitioners will be found in churchyards and graveyards communing with the dead and ancestors. Perhaps because of the Jupiter connection to communication and divination, perhaps because of teachings ascribed to Cyprian. Either way, Thursday is the day considered auspicious for communing with the dead, and so it is the day I choose to honor my ancestors. Offerings include fresh water, a bit of whatever we have for dinner – especially if it’s food my ancestors would’ve eaten. I also have a special candle meant to call ancestral spirits.

Friday is named after the Norse goddess Freyja, and is associated with the planet Venus. Energy for Friday is about love, sensual pleasures, abundance, our sentiments, what we value, and the pleasure we take in life. In the past I have honored Áine on this day and had some wonderful experiences. But she seemed to fade away when I became connected to The Mórrígan. I haven’t yet made a commitment, but I’m seriously leaning toward working with Queen Medb on this day. Medb seems to have a similar energy as Freyja – abundance and sexual freedom – that fits well with Venus. When I was in Ireland a few years ago, Lora O’Brien was my guide to the Rathcroghan complex. We visited Ráth Mór, which is a large mound believed to have been a high status dwelling site (so possibly the home of Medb herself). Lora left me alone at the top of the mound and instructed me to introduce myself. At the time I felt that I was being offered a relationship with Medb, but I didn’t know much about her then and so I hesitated. I’ve recently been feeling a bit of a call again, and will be doing some research into her before I commit.

Saturday is of course ruled by the planet Saturn, which is the planet of witchcraft plants such as henbane, belladonna, datura, and nightshade. It’s also the day for deities such as Heckate, Loki and the Fates. I love growing plants associated with witchcraft, so for me the planet Saturn and Saturday lend themselves to spirits of place, of the land and trees and the Good Neighbors. So Saturday I honor all of these with offerings such as incense, milk, butter and honey.

So there you have it – a full week’s schedule of devotions. I work with Irish deities (as you may have noticed) so I’d love to hear who you honor and what days you set aside. Let me know in the comments!

*When I visited Rathcroghan in 2018, I had quite an experience with maternal ancestors on the main mound. I was struggling at the time with how both my birth and adoptive mothers had treated me. Lora felt a long line of mothers standing with me on that mound, saying what I’d experienced in life wasn’t how it should be. I was overwhelmed with love and acceptance, and I thank them every day for that.

**The Mórrígan is not a mother goddess per se, and she is not the warm and nurturing archetype of a mother. However, I never had a warm and nurturing mother. The Mórrígan is a fierce protector who pushes me to be the best I can be, and is in my corner rooting for my success. That is better than any mother I’ve experienced before and it’s in that context that I call her my mother.

***The closest thing I have to a geis is that The Mórrígan has instructed me not to work with or honor Roman deities. I had just read about the Roman slaughter of druids when they conquered Britain as I was beginning my relationship with her, and I’m sure this colored my thinking. Either way (whether it’s actually an order from her or a thought I came up with on my own) I take no chances and refer here to the planet Mercury. However, Lugh is compared to the Roman god Mercury by Caesar as a way of explaining him to the folks back home. Hence Wednesday energy applying to Lugh.