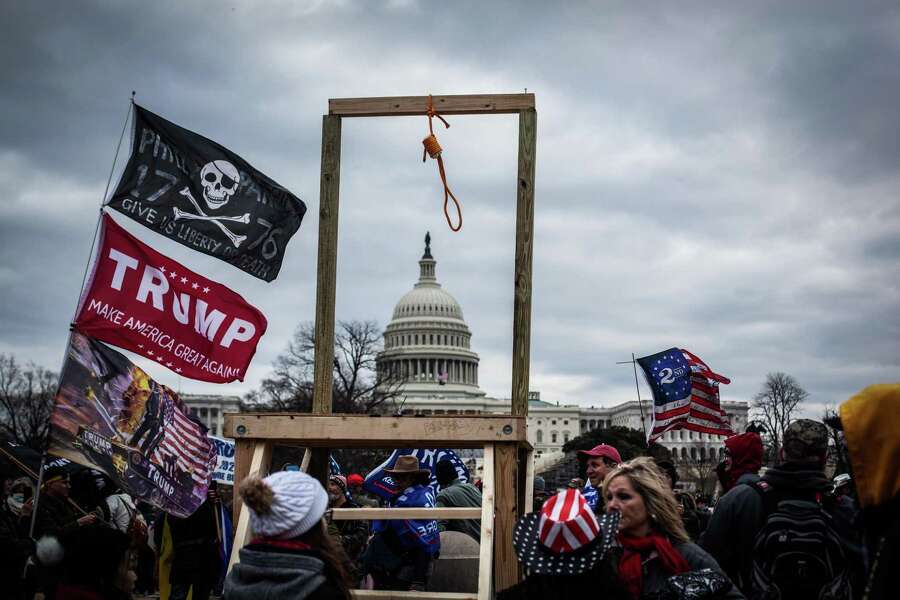 The events of January 6, 2021 are seared on the brains of many Americans. My household watched the carnage unfold via YouTube livestreams until it finally got picked up by mainstream media- well after the crowd had broken through the barricades, climbed the walls of the Capitol and forced the certification of the 2020 electoral votes to be temporarily suspended.

My son follows a few right wing channels just to monitor what they’re spewing, and this was one occasion in which that surveillance bore fruit. It was a very surreal feeling, 10 miles from the largest military base in the United States, wondering if a coup was actually taking place. (This was before we moved back to the mountains.) As the day wore on, and the National Guard was nowhere in sight, we were filled with anxiety over whether the four year national nightmare that was the Trump Presidency would actually end after all.

So yeah, that day was kinda traumatic. Bit scary. And we were 6 hours south of the action. I can only imagine what it was like for people like oh, say… Nancy Pelosi perhaps. Someone who’s life was very much in danger that day. The folks in that crowd didn’t bring zip ties and gallows for random backwater congresspeople.

So let’s imagine how Nancy might feel if she picks up a copy of her latest WaPo and sees this:

HE sent those people. Premeditatedly. People with a fucking gallows, people out for blood. He riled them up into a frenzy, told them to “fight like hell,” that they wouldn’t succeed through “weakness,” and send them to the Capitol. He told them lies, that the election had been a fraud, and that Nancy Pelosi was in on it.

He knew exactly what he was doing. He would happily have watched her hang from those gallows. He would have been happy to see her dead. At the very least, he happily threatened her life and inflicted trauma on her.

And now, like a typical abuser, that violence is her fault. She was responsible to stop it. How many of us have heard that from our abusers?

“If you spent more time with your daddy he wouldn’t drink,” – My mother

“Because you act the way you do!” – my mother, after I stopped my dad from hitting her and asked him “why do you do this?” I had just come home.

“You have to remember, you were a wild child. You ran around with different men,” – also my mother, re: me being groped at a concert at 14

**some sort of physical reaction** – my dad, if I reacted to his berating or teasing me.

“This hurts me more than it hurts you. I love you more than anything else in the world.” – my dad post said physical reaction. Both statements demonstrably untrue.

“The Lord chasteneth those he loveth” – the bible

“You make me do this” – abusive husbands/boyfriends everywhere

“He hits you because he likes you” – parents of little girls

Point made. Donald Trump is almost a caricature of an abuser. This is just one more example and I had to vent about it. Carry on.

If you’ve been victim blamed and want to vent about it, tell us about it in the comments!