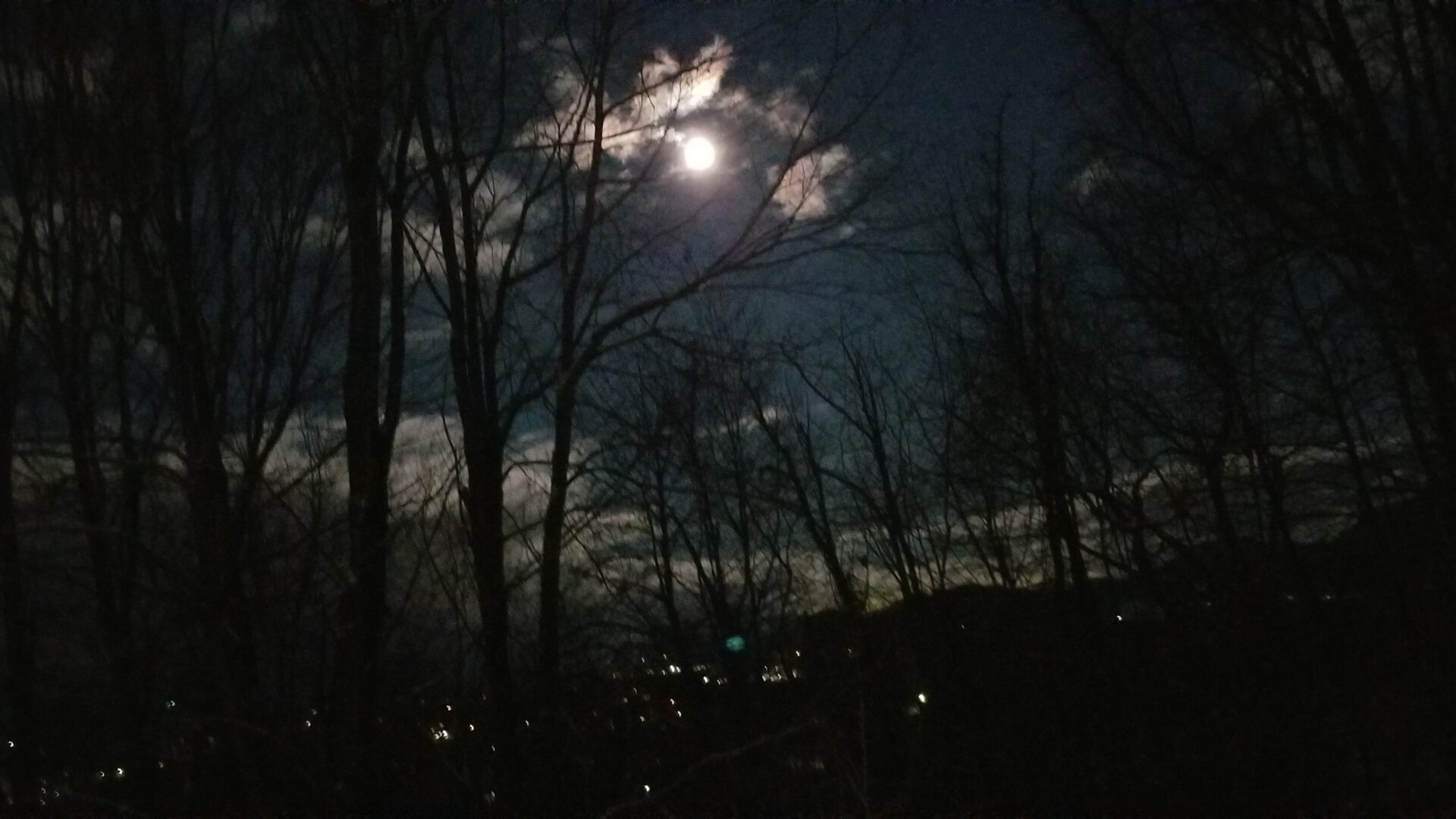 Perusing Twitter yesterday as I recovered from breaking down my campsite, I came across this:

Yikes. Obviously I had thoughts. I’ve left multiple “Appalachian witchcraft” groups on Facebook because what was being discussed was usually Wicca and not folk magic (Appalachian or otherwise), or because of constant fighting over appropriation (“I’ll use sage if I want!!”).

Side note: if Wicca is your jam, cool. It’s not mine. My tradition has no “rule of 3” or “harm none” restrictions and I don’t believe in either, so seeing those rules constantly referenced is not productive for me. To each their own.

One other thing endlessly debated in those groups is whether or not Appalachian magic is a closed practice, or if you can practice it when you’ve never lived here or have ancestors who did.

So let’s talk about all of this.

Some Practices ARE Closed

Native Americans have asked – repeatedly – that outside groups not use white sage. It’s not just something you burn to chase away bad energy. There is a lot more to it (which I am not privy to) that has to do with prayers being carried to gods and ancestors. Besides that, it was illegal as recently as 1978 for many Native Americans to even practice this ceremony. But now that it’s popular, overharvesting is making it harder and harder to find in the wild. And it’s part of the process to get it in the wild, not from the store.

For those reasons, burning sage is a closed practice. It’s something you shouldn’t do unless you’re initiated into the practice. If you insist on doing it anyway, you’re kind of a jerk. (With the possible exception of growing your own, but that’s debatable.)

Then there’s hoodoo. Authentic hoodoo is a blend of African traditions carried to America by enslaved people and blended with the Christianity they encountered here.

DNA does NOT equal spirituality, but in hoodoo ancestry does matter. “Without an African ancestral link, the practice becomes something other than Hoodoo,” says Madame Omi Kongo, a rootworker who comes from a long line of female practitioners. (Source) “Ancestry is extremely important. It makes up your spiritual frame,” she says. “It’s where you get protection [and] strength and enhances the potency of your conjure and power to manifest! Ancestry is key.”

So if you’re practicing hoodoo without access to African ancestors, no you’re not, whatever you call it.

So how does Appalachian folk magic relate to all of this? There is a certain author localish to me who calls what we do “Hillfolks hoodoo.” I do not name or recommend this author because, sadly, they are a TERF. But also, the use of hoodoo there is a bit problematic.

As  @TemperanceAlden mentioned in the thread above, there is a bit of “syncretism” between Appalachian folk magic and hoodoo. But how did that come about?

Both Europeans in Appalachia and enslaved Africans married into and blended practices with Native American tribes. Mostly this had to do with local plant knowledge, but not exclusively. It seems, at least in the case of my local area and the Cherokee that this blend originally came from blending families.

After Removal, there seems to have been less blending. In my area, Cherokee who escaped this genocidal process lived on the other side of Soco Gap, roughly the boundary between Haywood and Jackson counties. Cherokee women would walk over this ridge, through the eventual town of Maggie Valley, and into the town of Waynesville to sell baskets and other goods.

The reservation that the Eastern Band of the Cherokee currently inhabit is known as the Qualla Boundary because it’s not a “reservation” in the typical sense. During and after the time of Removal, the Cherokee elected the first full White man as chief. William Holland Thomas had been adopted by the tribe after the death of his father. As a white man he was able to purchase the land that became the Qualla Boundary on behalf of Cherokee people during the 1840’s and 1850’s. Once the boundaries were made official in 1876, there was much less intermingling between the two communities.

Meanwhile, white governments had promised the Cherokee that if they “assimilated” and “became civilized” they wouldn’t be removed from their homelands. In the case of the Cherokee, this effort meant not only upending the traditional Matriarchial family structure, but adopting the practice of slavery as well. My own Cherokee lineage includes a slaveholding family.

After the civil war, African-Cherokee freedmen were initially granted tribal citizenship, but were often considered “less than.” In the late 20th century their descendants were stripped of citizenship, which had to be restored by court order.

So that’s how both African American and white people added native elements to their folk magic. But how did European descendants learn hoodoo?

That answer varies region by region, and I can only speak to my own. Here in Southern Appalachia, slavery was limited. In Haywood county, North Carolina (where I was raised and now live) there were a few hundred enslaved people by the 1850’s. Most were in the hands of 3 or 4 relatively wealthy families. (Source: Haywood County, Portrait of A Mountain Community, 2009; edited by Curtis W Wood Jr.)

There was a good amount of contact between the enslaved and their poorer white neighbors, as one of the main sources of income for slave owners here was renting them out when subsistence farms needed temporary labor. (Source also Wood, 2009) How those relationships played out – whether the “renters” treated their help like fellow humans or like livestock – would have varied from family to family. As horrible as that sounds, I have spent a lifetime hearing white supremacist nonsense from my own family more than 150 years removed from slavery. So I can only imagine how the generation that unanimously fought for the Confederacy saw the humanity of their enslaved neighbors.

After the civil war this region was devastated. A generation of men and boys either died in the war or came back mentally and physically broken. The economy (such as it was) was ruined. Farms had lain fallow and grown over, produce, livestock (necessary for working the farms) and infrastructure had been stolen or burned by either Union raids or the Home Guard.

Surprisingly, it seems that in this devastation the newly freed former slaves were not the pariahs they may have been treated as in other places. According to the same history cited above, relations between the African-American and white communities here was peaceful (although separate) until at least the early 20th century.

Perhaps everyone was too busy trying to survive to hate people who weren’t bothering them. While there were still elite white families, the majority of the area was knocked back to bare subsistence living. In that scramble, people prone to using folk magic would take tips and tricks wherever they were found. If there were any friendly relations between descendants of Europe and Africa, and any consensual sharing of magical techniques, this is when it would’ve happened.

That being said, adding some African-based practices to those brought over from Ireland, Scotland, England and Germany does NOT make what Appalachians practice “hoodoo.” Most of what we do can be traced to folk practices from Europe. What we did get from African descendants wasn’t always gotten with consent.

So What Is Appalachian Folk Magic and Why Is It Special?

This is 100% my opinion as someone raised here. I’m no leader or Big Name Pagan and I have no authority whatsoever. So take it or leave it.

What I do know is how the people of this region are viewed by outsiders. I know what it’s like to be mocked for my accent. To work to hide that accent so I’m taken seriously at my job.

I know what it’s like to be hungry because my parents can’t find work. To have to leave my home and family and the mountains I love, to be isolated away from those who protected me from abuse, so that my parents could work.

I know what it’s like for people the fucking WORLD OVER to make jokes about banjo music equating to male rape any time this area is mentioned. And it’s not a great feeling, even IF I am related to the man who played that movie role.

I also know what it’s like to nearly be priced out of my hometown because it’s suddenly a cool place to live. We got “lucky” (read: Mórrígan made a way) and found a property that had been overlooked in a stupidly overpriced, competitive market. Many many people who have lived here for generations are being pushed out by spiraling rent and real estate prices, and it’s just wrong.

Besides that, my grannies didn’t protect their children with a dishrag and a stinky asfidity bag because it was cool. They had to use what they had and could dig up out of this earth because that’s all they COULD do.

It wasn’t until my grandparents generation that anyone in my family had 2 nickels to rub together and that was largely because of both my grandfathers’ service in the military in and after WWII.

If you ain’t got African ancestry, as said above, you aren’t practicing hoodoo. And if you’re buying herbs from the store, or buying a dishrag or gods forbid ordering asafoetida online, you ain’t doing Appalachian Folk magic.

Appalachian Folk Magic is about THE LAND. It’s about having a relationship with YOUR land, where you are. It’s about necessity and making do with what you got. If you wanna do this magic, get out on your land and get to know your spirits.

YOUR ancestors and YOUR land spirits are going to do more with and for you than any distant spirit. As long as you treat them right. (And that’s even if – as many of mine did– they did bad things in life.)

Why on earth would you even WANT to appropriate someone else’s culture when it isn’t gonna give you the same power as your own? Why simp for some OTHER place or tradition when you have everything you need to be a legit powerful witch around you?

I’ve been to California, it’s beautiful. There’s a fucking active fault for gods sake. How much more power do you need??

I just looked and this post is over 1700 words. But I think you get the point, if you’re still with me. Real magic power lies in authenticity. If you do feel called to a culture you have no ancestral connection to, it doesn’t mean you can’t persue that. The Gods call who they will. What it does mean is you’re going to have to work a bit harder and make those connections. Learn from people IN that culture. Give back to it, don’t just take the knowledge and use it for yourself.

The point is to actually get something out of your spiritual practice, right? That is how that is done.