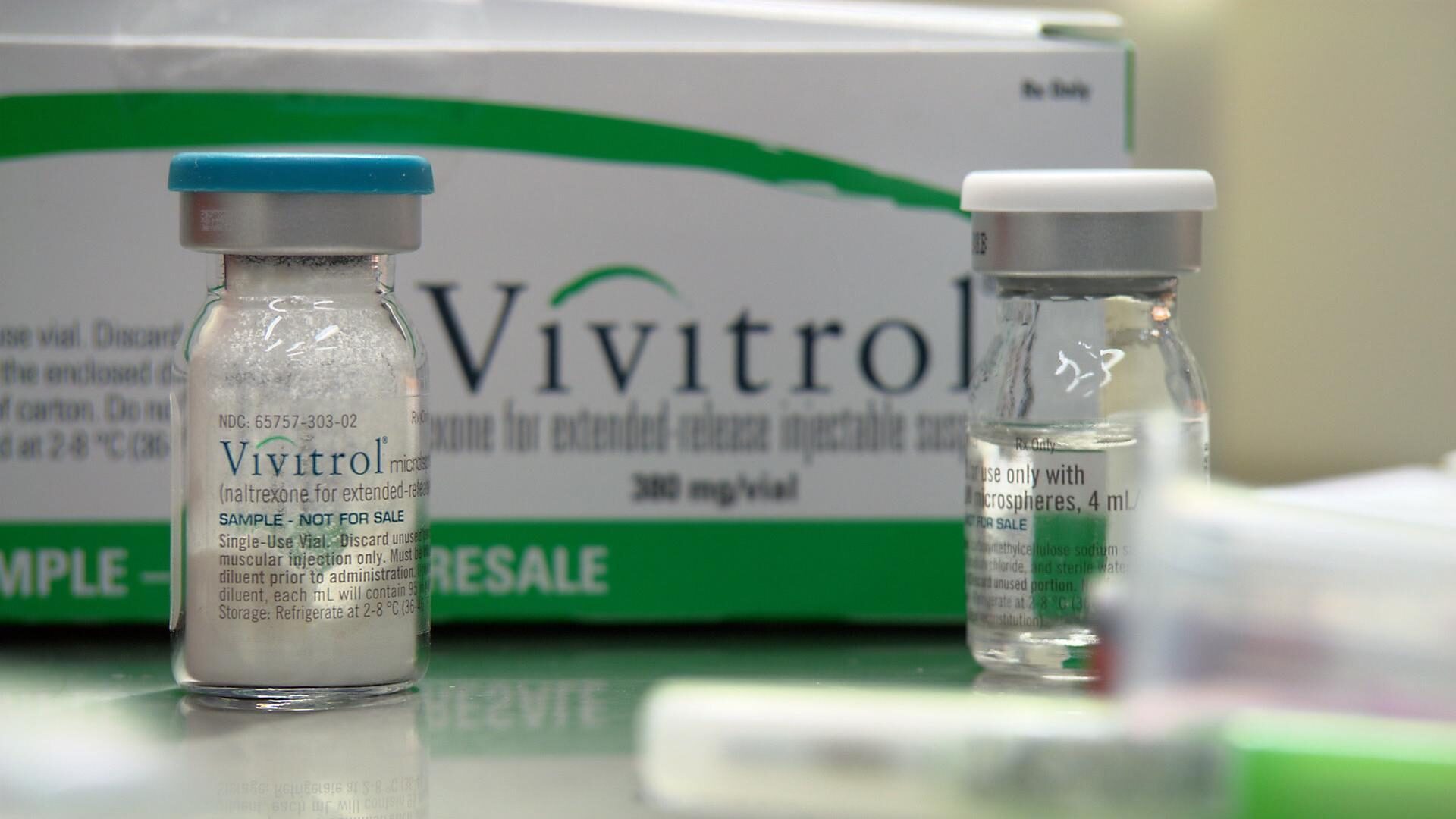 Vivitrol is a monthly shot that blocks opioid molecules from attaching to opioid receptors in your brain. In other words, when you drink or take opioid medications, the dopamine your body produces (that makes you feel good or “high”) is not absorbed by your brain. When it comes to alcohol, this means you are able to drink – it doesn’t make you sick or feel bad like some medications – but you don’t feel good or happy because of it.

Another way Vivitrol is said to work is by reducing the cravings users feel toward the substance they’ve become addicted to. This is meant to make it easier to abstain from those substances.

I was first recommended Vivitrol in November of 2020 when I was in an inpatient rehab facility. The facility really promoted the use of Vivitrol and it’s daily pill version Naltrexone as almost a “magic bullet” for our addictions. According to them there were NO side effects, and NO drawbacks whatsoever. They told us we could attempt to use after having the shot or taking the pill, but that we would essentially feel nothing. Some of the counselors even told horror stories about patients who attempted to “outdrink their shot” and wound up stripping their stomach lining.

Turns out this isn’t quite true.

I wound up leaving the facility early and therefore did not get my shot before I left. In a way I was glad as I wanted to research Vivitrol before allowing a 30-day dose to be injected into my body. (Yeah, there’s a little irony there since I was hurting my body with the alcohol I was drinking to excess, but I had a pretty good idea of what is in wine and what it does to you.) By the time I was able to arrange for the shot with my Psychiatrist’s office and get the medication on hand to inject a few weeks had passed. This highlighted one drawback right away:

Knowing the shot is coming made me want to “drink while I can.” But I knew this would be an issue, and it’s why I chose the injection over the daily pill version. I knew that if I had that much control over the medication, I would choose to skip doses in order to drink. Or if I happened to miss a few doses on accident, the temptation to “drink while I can” would be overwhelming. I was right, and the weekend before I finally got the shot I did drink for the first time since going to rehab.

Getting My Vivitrol Injection

When the day finally came I was more nervous than I’d anticipated. I’d read all the safety information on the Vivitrol website, and was afraid of having a reaction. Also the idea that once the medication was injected it would be out of my control for 30 days was just a bit scary. Not enough to stop me, but enough to make me anxious.

Also surprising for me was the location of the injection itself. For whatever reason I’d assumed the shot would go into my arm. Instead, Vivitrol is intected into the muscle of your hip. The nurse told me to “pick a side” because I’d want to alternate sides each month. She said I’d know why right away, and boy was she right!

The injection itself is slightly painful, but not more than any other injection. The first time I could feel the medicine going into my muscle and it was not pleasant. Not horrible mind you, just not great. The site remained sore for several days, and swelled up like a pump knot. (If you’re not southern, that means like a bump or knot on your head.) The bump that first month was the size of a small egg.

I’m a side sleeper, but I flip back and forth several times per night. I learned very quickly to avoid my back when I turned over as it would hurt bad enough to wake me up. I also had to position myself just right on the side I’d gotten the shot for the first several nights.

Vivitrol Side Effects and Reactions

So yeah. The rehab people had told me there are “no side effects” to Vivitrol. This seemed too good to be true and it was. From my own research I discovered that some other patients had experienced temporary extreme tiredness, dizziness, weight loss and even acne on the back. Most common seems to be issues with skin at the injection site. Some folks reported irritation and even rarely skin tissue death.

I am one of those people that if there’s a weird or rare side effect to something, I’m the one who’ll get it. Vivitrol was no exception. The first day I had mild all-over body aches. Basically just enough to need Tylenol. Within a day or so, however, I was hit with fatigue. And when I say hit with it, I mean HIT with it.

Suddenly I felt as if I’d taken an entire box of benadryl. At least I think that’s what it would feel like. I described it to my family as “the mother of all ‘may cause drowsiness’ feelings.” I slept for several days, waking up just to use the bathroom and occasionally eat a little. A few days in, however, I got a nice burst of energy that lasted several days. Suddenly I was on top of the world, catching up on cleaning and household chores. Unfortunately this only lasted a few days and I was back to being tired.

As someone who is a connoisseur of altered states, I have to say that this feeling of tiredness is not unpleasant. It’s not like a natural sleepy feeling, it definitely feels like being drugged. I could lay in my bed and feel like I was pleasantly floating among the clouds. The very definition of my favorite Pink Floyd song, “Comfortably Numb.” So for me this wasn’t as bad as it might be for others – I’m lucky at the moment not to have to power through it and hold down a job. I just don’t get to do as much as I’d like on this blog, for example.

Meanwhile, I was experiencing a very disconcerting dizziness. It would hit in a wave a couple seconds after I stood up, and would sometimes be strong enough that my vision would dim and I’d sway on my feet. I had a gastric bypass back in 2007 so at first I thought maybe I was having a vitamin deficiency. I doubled up on some supplements but it didn’t seem to help. I also began to feel queasy and noticed a definite loss of appetite.

On the positive side, I had absolutely no interest in alcohol. I could even see people drinking on TV and not be even slightly tempted. Out of curiosity, I did buy a small amount of wine to test the effect. Not only did I not get a buzz from it, I didn’t like it. I wound up throwing part of it away. That NEVER happened before.

At the end of my first month, I had lost 5lbs without trying. I was happy about this! My Psychiatrist was surprised to hear about the side effects I was experiencing, and pulled up some of the studies done to test Vivitrol before it was approved for use. He said that sure enough, 10% or so of participants had experienced the sleepiness or dizziness I was having. There was no data on how many experienced both. He was pretty sure these effects would go away as my body adjusted, so we went ahead with dose #2. I’m 3 weeks into that second month as I write this article.

So Is Vivitrol Worth It?

As I said, I’m 3 weeks into my 2nd month as I write this. I live with 2 adult sons and my husband works overseas in Kuwait. Due to the special needs of one of my sons as well as the current situation with COVID, my family and I decided it’s best for me not to have a job outside the home for now.

So I asked both my boys separately, and then discussed with my husband. Basically, I’m sober but I’m sleeping a LOT. Probably 15 hours a day, maybe more? Also, for whatever weird reason that sleep happens during the day. Even if I manage to get myself awake during the day, or if I do sleep during the night so that I SHOULD be able to fix my schedule, I’m sleepy all day. I can’t keep being awake during daylight going for more than a couple days at a time.

Is this really an improvement from when I was drinking?

Unanimously my family said “yes!” They say I can’t see it, but even with my limited waking hours I am much more engaged with everyone than I was before. I’m also not flying off the handle and yelling at anyone, and the house is calm and generally tranquil. My sons feel safer and more comfortable. My husband isn’t nearly as worried about me as he was. My close friends say they’re glad to have me “back.”

So, for now, I plan to keep getting a monthly Vivitrol injection.

Have you taken Vivitrol or Naltrexone for either alcohol or opioid addiction? Do you have questions about it that I haven’t answered here? Leave a comment below and I’ll try and keep you updated about my progress.