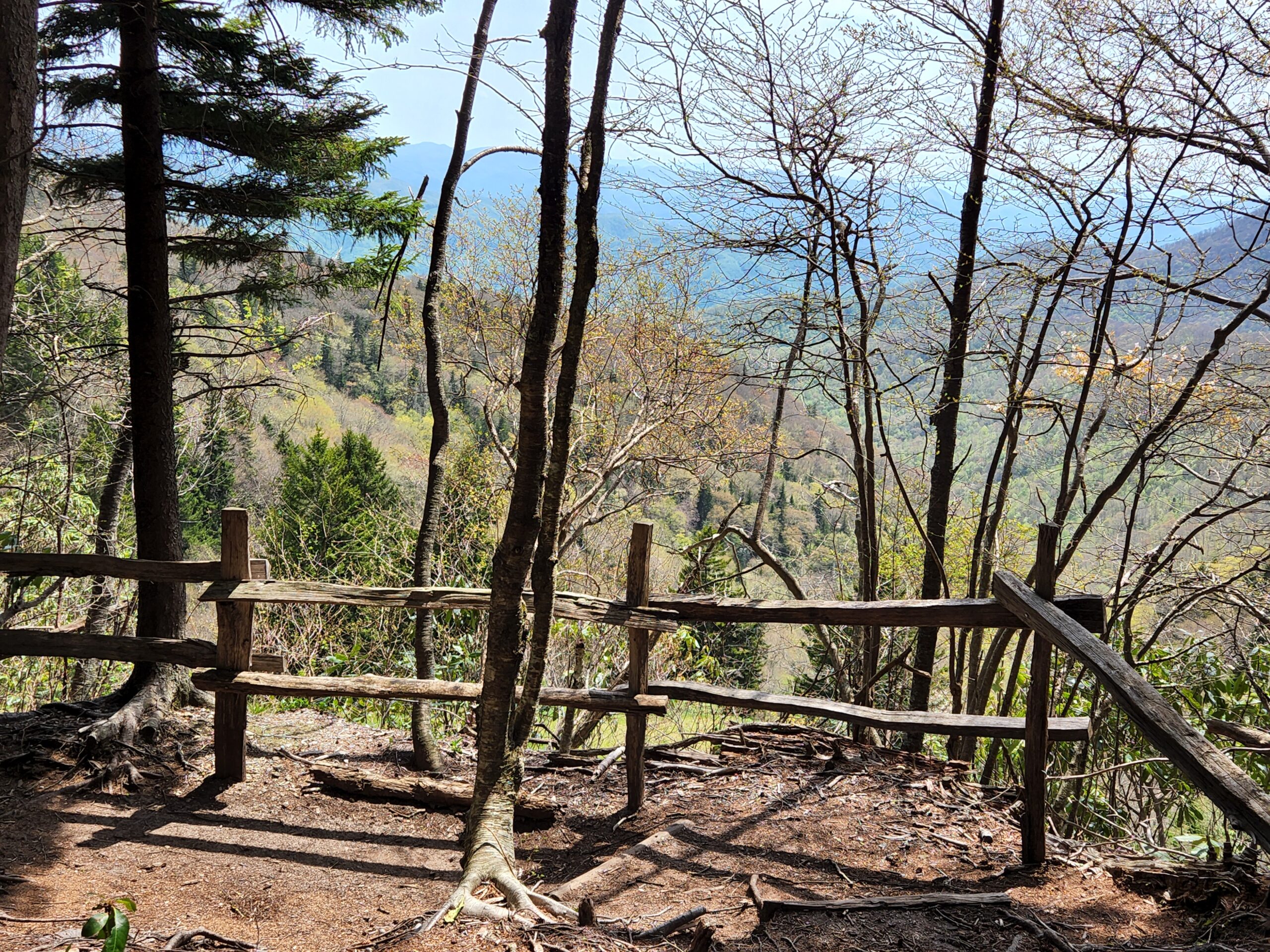 It’s been raining all day today, a magical sound in the Smoky Mountains. Up here, my little farm sits at about 3100 ft, and sometimes that means the clouds wrap themselves around our little ridge and we disappear inside them, unable to even see the cars in our driveway.

The mountain I live on is currently called Eagle Nest, although before that it was called Junaluska Mountain after a local Cherokee chief. Junaluska was born in the mid 1770’s somewhere close by here. He fought alongside Andrew Jackson in the War of 1812, saving his life in the Battle of Horseshoe Bend. As a reward, he and most of his tribe were rounded up and forced to walk to Oklahoma on the Trail of Tears, their homelands confiscated under the authority of then-President Andrew Jackson.

Chief Junaluska reportedly said, “Had I known that day what I know today, history would be different.”

Not far from here is the grocery store my Mamaw shopped at. Standing in the parking lot you’re surrounded by a ring of mountains. For some reason, it is in that particular place above all that I have always thought of as where I am safest. All of my life, the mountains surrounding that parking lot – steps from an even smaller grocery my mother and I shopped at when I was very small, and the laundromat we used when I was in elementary school – seemed to know me. To purposely surround me with protection, on guard against all danger.

My sense of direction is so bad that I’d been living back up here for nearly 9 months before I realized that the mountain I’m living on is one of the ones visible from that parking lot.

Growing up, my Papaw was probably my favorite person in the world. He spoke of this place – of “These Mountains” – with such reverence that I truly think he knew a bit about the souls underneath the thick laurel stands. Even as a devout Baptist it seems there was a touch of an animist to my Papaw.

When you live here year round, you get a different perspective to These Mountains. Even visiting frequently is only a series of snapshots. But as out first year back comes to a close, I’m remembering what it was like to be here all the time as a kid. To be in the forests as they wake up in the spring, grow lush and thick with green through the summer, put on their finest colors through fall, and then when the forests fall asleep for the winter and the mountains themselves are left bare and exposed, quiet but very much aware.

I wish I knew what this mountain was called by the Cherokee before they were driven out. That happened here during the Revolutionary war, when the colonizers struck preemptively to prevent the towns on this side of the Balsams from honoring their treaties with the British and joining the fight. Cherokee towns from Sylva to Canton were wiped out, to the point they don’t even show up on historical maps any more. We know they were here, we just don’t know where or what they were called.

As some of the oldest mountains in the world, These Mountains have a personality all their own. Ancient beyond comprehension, it’s thought that they’re so old, when they first formed what we see as ridgetops now were actually valley floors and vice versa.

Mountains that are 480 Million years old. Their magic runs deeper than we can imagine. Digging in the dirt, drinking the water that comes from the streams, eating food grown from this land, breathing this air for a year now I feel myself becoming more and more a part of them just as they’ve always been a part of me. Or maybe it’s that I feel them becoming more a part of me physically, where before they’ve always been part of my soul, a deep yearning I spent 39 years trying to return to. And every day that I sit outside and meditate, sending a spiritual taproot deep down into the soul of this mountain and drawing up energy, we become more a part of each other.

One day, hopefully another 40 or more years from now, I plan to be buried on this mountain. When I’ve taken care of this piece of land as long as my body can and it, too, falls asleep just like the trees in the winter I want to be returned to this earth. To let my blood soak into the soil, my flesh decompose and my bones decay and become part of this mountain that looked over me as a child and seemed to say to me, “It’s going to be all right. Maybe the people in your life can’t protect you, but I can. I’m here, I’ve always been here and I’ll always be here. Never moving, never changing.”

Maybe in 50 years there’ll be another little girl in that parking lot. Maybe she’ll need protecting. Maybe then the voice she’ll hear will sound like mine.