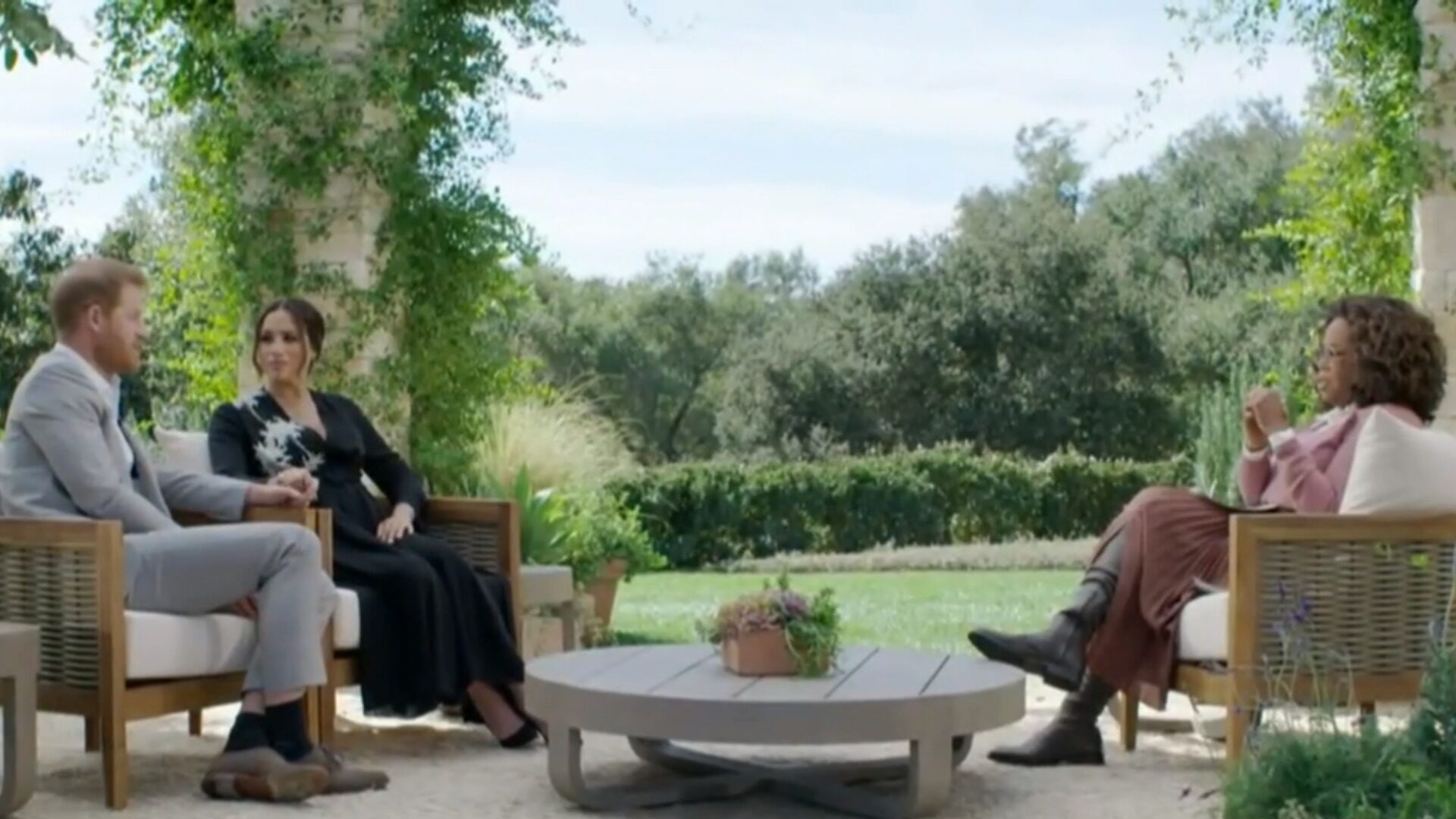 It’s 5am here in North Carolina, and I just finished streaming Oprah Winfrey’s interview with Prince Harry and Dutchess Meghan. They royal family can suck it, I’m honoring their titles and you can’t stop me.

So I guess you can tell already where I land on the Harry vs. The Firm question. It’s the same side I was on when it was Diana vs. The Firm, and yes I’m old enough to have been invested at that time, too. I woke up in the middle of the night in elementary school to see Diana marry Charles, I remember Wills and Harry being born. And I will still stare daggers at Camilla if ever I get the chance.

I especially remember watching in the early hours of August 1997, on a TV borrowed from next door because the UPC didn’t allow us to own one, as this same Harry was traumatized on the world stage. You could see it then, if anyone had cared to notice. The hollow eyes, the wan smile. William was more natural as they surveyed the amazing mass of flowers and memorials outside the palace gates. He was older, and presumably had more support as a future king. But poor sweet Harry just looked lost and alone and sad, and there was no hiding it.

24 years later Harry has the look of someone who’s been through Hell and survived. It’s one of those you-know-it-if-you-know-it things. Watching him speak to Oprah about how his past affected the decisions he’s made for his family over the last year or so felt like looking in a mirror. I don’t know how else to describe it – the looks in his eyes, the expressions on his face. It just resonated.

Meghan is new to me, as I’d never heard of her before they were engaged. But I found myself choking up with her as she described telling Harry she didn’t feel like living any more. How she’d gone to members of the royal institution asking for help, to be allowed to go to a hospital because she was afraid she was going to hurt herself. And how those people told her no, because it wouldn’t look good for the Queen. And then Harry describing his reaction to this, and the helplessness he felt. It struck too close to home to be anything but the gods-honest truth.

Of course, Harry’s mother Diana told a very similar story about trying to get help from The Firm when she, too, felt suicidal. So Meghan’s story is not remotely unprecedented.

Before I went to rehab, I was in a similar place as the one Meghan describes. I was drinking and using Xanax to numb the pain I felt, not realizing that those things were making the pain and anxiety worse. More than once I called my husband in Kuwait to say I was having feelings like Meghan’s. I cannot imagine how that must have felt being 8,000 miles away and unable to do anything but listen.

Oprah of course brings up the question that will be on everyone’s mind: Hello, you’re a prince. You’ve been raised in the lap of luxury, your life is one of unimaginable privilege. You expect us to believe that you were miserable?

Money can’t replace the love of a parent. Everyone in the world can bow at your feet, but if Mama and Daddy can’t – or won’t – hug you up and give you love there will always be a hole in your heart. NO ONE else can fill that void, even a loving spouse. Obviously a happy relationship helps, and indeed Harry says Meghan “saved” him. Creating your own happy family does soothe the pain in some ways even as it magnifies it in others.

One of the most striking confessions (to me at least) of this whole interview was when Harry said that he’d been embarrassed to admit to his family that Meghan was struggling so desperately. His wife is contemplating suicide, and he feels shame telling his father and grandmother. That whole British “stiff upper lip” thing, as well as the culture of his family being so “keep quiet and do the job, institution above everything,” clearly has quite an impact. (One thing The Crown obviously gets right.)

But it says to me that if these two people, who will never have to worry about bills or feeding their kids, can suffer like this then who are we, as everyday trauma fighters making our way without the trappings of royalty, to be ashamed of our pain? Trauma is no respecter of persons. It cuts the wealthy and privileged just as deeply as it does the poor and marginalized. Wealth and status doesn’t make anyone immune.

So let’s be gentle with ourselves. Obviously there is stigma still attached to our struggles, but there really shouldn’t be. Maybe we can’t show our wounds to the world via an interview with Oprah, but us “regular” folks can own our struggles and realize that having trauma doesn’t say a damn thing about our character or worthiness as human beings.